Statement on the impact of COVID19 and actions taken by Grekkom Technologies. Learn more

Perimeter Lockout AI is a perimeter surveillance video-analytics solution for professional users that, thanks to Deep Learning, can discriminate the usual false alarms produced by camera movement, animals, shadows, lights or rain, among others.

The implementation of artificial intelligence algorithms in video-analytic solutions for perimeter surveillance allows to significantly increase their efficiency, by enabling the discrimination of the most common false alarms in this type of software.

Perimeter Lockout AI is a flexible and scalable video-analytics for perimeter surveillance, based on Deep Learning for professional users that is characterized by maximum stability, precision and quality, easy configuration, VMS integration (Milestone, SeeTec and others) as well as our excellent support. Through deep learning, Perimeter Lockout AI can easily discriminate all those false alarms that other perimeter surveillance solutions cannot, such as:

Like the rest of the video-analytics developed by Grekkom Technologies, Perimeter Lockout AI is integrated into the most popular VMS on the market (Milestone, SeeTec and others), as well as with the main Alarm Receiving Centers.

If you are interested in learning more about this perimeter surveillance video-analytics solution for professional users with artificial intelligence, request a demo: https://grekkom.com/en/demos/ 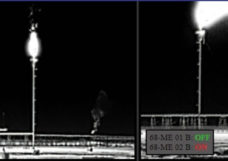 Flame monitor, the solution for flare and flame detection and analysis in industrial environments 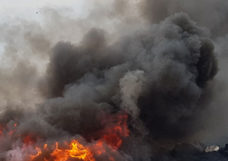 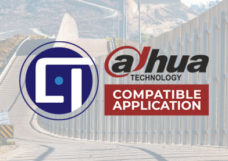 Discover our solutions
for each sector

We are software partners of

Clients who trust in us

Do you need more information about our products?